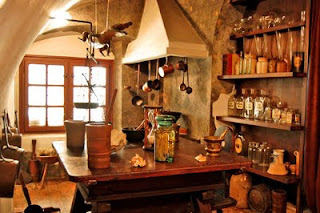 The blossoming of spiritual alchemy (Natural Philosophy) in a given culture or society is a reflection of the peoples dialogue with the Imaginal Realm. This is the realm of the muse, myth, dreams, inspiration, and archetypes. This is why we see a flourishing of the arts and humanitarian efforts surrounding successful alchemists throughout the ages. In my personal commitment to following the image of Reindeer Woman through my blogging process, I came to realize the importance of the Imaginal Realm for all of humanity. It is the interface of human consciousness with the Imaginal Realm that leads us towards a truly beneficial relationship with all life.

After coming to understand recent events of my life through the lens of spiritual alchemy, I became intrigued by women alchemists. I have always looked for the feminine practitioners of every spiritual tradition and, sadly, their importance has been often overlooked. Even though alchemy is one of the most publicized subjects in the book market (1), there is not a single book dedicated to the history of female alchemists!
I pulled out my texts, searched through Google books, search library databases, &amp; read what other women who walked before me posted on their blogs and websites. I found mention of many women alchemists, but very little documentation. I found them in all periods of history and in almost every culture.
For the sake of this essay I am going to focus on one extraordinary woman: Mary Sydney Herbert: Countess of Pembroke, who lived in England from 1561-1621. I don’t feel I can give the amount of space needed in this essay to fully recount her influence on culture. I will try to show you what an amazing woman she was, especially during the historical period in which she lived.
Mary Sidney was betrothed at 13 and married at 15 to Henry Herbert, 2nd Earl of Pembroke. She became Lady Sidney, one of Elisabeth I’s most trusted ladies-in-waiting. She and her brother Sir Phillip Sidney were very close. Together they created the most influential literary circle in England, The Wilton Circle (2). Named for Mary’s estate, The Wilton House, their mission was to create great works of English literature. Her brother Phillip died when she was 27, and she proceeded to manage the Wilton Circle herself. The Wilton Circle inseparably linked to the legacy of Shakespeare. Many of Shakespeare’s works contain alchemical allegory (3). 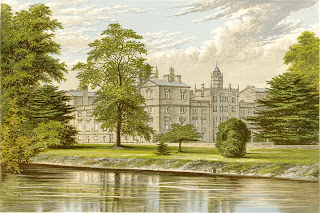 It was also at the Wilton Estate that Lady Sidney had her alchemical laboratory. Her lab assistant was Adrian Gilbert, Sir Walter Raleigh’s half brother.  Sir Walter Raleigh was instrumental in founding the colony of Virginia, named after the Virgin Queen, Elizabeth I.  Gilbert was also responsible for designing and maintaining the elaborate gardens at Wilton. He used the principles of geometry to create a harmonious atmosphere.
Other alchemists in her chemistry circle included:
*Dr. John Dee (Elizabeth I’s own spy: the original 007, court astrologer, polymath and navigator)
*Giordano Bruno (Bruno’s work Spaccio was dedicated to Sir  Phillip Sidney (4) )
*Sir Francis Bacon (statesman, scientist, author)
*Thomas Digges (Knight of the Garter, astronomer, inventor)
*Sir Edward Dyer (Knight of the Garter, courtier, poet)
*Sir Thomas Smith (Elizabeth I’s Secretary of State, Chancellor of the Order of the Garter)
*Lady Mary Wroth (Mary’s niece, poetess.  Ben Johnson dedicated his play “The Alchemist” to her)
There were many others who moved through the Wilton Literary Circle that also were alchemists. I am only using names I can find direct sources for. I wish there had been more documentation of the woman in this circle, but execution for witchcraft made keeping such records dangerous in the England of Elizabeth I and James I.
Mary Sidney's alchemical interests were focused toward philosophy, the creation of medicinal tinctures and the search for “Universal Medicine” to help elevate and transform humanity to its highest potential. The alchemical philosophy involved the training of the mind to transmute negative circumstances and thoughts into creative growth. The laboratory wasn’t just used to create medicine, it was used to reflect back or mirror the alchemist’s mental state. An understanding of astrology and natural cycles were also important.
Along with her alchemical interests here are some other fascinating facts regarding Mary Sydney Herbert:
*She was fluent in French, Italian and Latin. (5)
*She had the most extensive library in England (followed by Dr. John Dee).
*She was a writer in her own right.
*She was the most powerful woman in England at the time, except for Queen Elisabeth.
*She financed New World exploration and was a founding member of The Virginia Company. (6)
*She is one of 7 contenders for the authorship of the works of  Shakespeare…. but that is a tale for another day! (7)
Some Sources:
Photo 1 : Alchemedia
Photo 2 : Sketch by F.O. Morris
Mary Sidney &amp; Alchemy:
http://www.wondersandmarvels.com/2010/11/alchemy.html
Mary Sidney &amp; the Authorship Question:
http://shakespeareauthorship.weebly.com/
http://www.marysidney.com/pages/williams.php
Women in Alchemy:
http://www.womenalchemists.com/
http://www.levity.com/alchemy/female.html
Notes:
(1)     The Complete Idiot’s Guide to Alchemy, Dennis William Hauck/2008
(2)     Sweet Swan of Avon: Did a Woman Write Shakespeare?, Robin P. Williams 2006/page 30
(3)     Chemical Theatre, Charles Nicholl/1997
(4)     Giordano Bruno and the Hermetic Tradition, by Frances A. Yates  1991/page 219
(5)     Sweet Swan of Avon: Did a woman write Shakespeare?, Robin P. Williams 2006/page 98
(6)     IBID, page 103
(7)     IBID, whole text
Posted by d page at 1:45 PM

This is a great idea!

I love anything on women and alchemy. You're my expert!

Nancy- I feel that women need to know more about the spiritual legacy of those who went before us.

Trish- I am just learning all this. It's amazing that a book hasn't written in this area yet!

Hi, I really enjoy reading what you have written about this topic..I too have been re-searching women in Alchmey and understand the importance of research. =)

Newer Post Home
Subscribe to: Post Comments (Atom)
"We are embedded in the world of spirit. Our physical bodies carry cosmic elements that have come from the stars. We are the living expression of spirit but we don't know this. Alchemy is about a very slow and arduous process of attunement to this realisation - arduous because so many beliefs and habits stand in the way and it is hard to dismantle in a few years structures of belief that have been built up over millennia." -writer Anne Baring

Alchemy in the News

The Economist: Alchemists, ancient and modern

d page
I have studied Buddhism with Lama Gyatso and the Sufi Baul Tradition with Purna Das Baul. I love books and am an avid researcher. I am also artist, mother, wife (of a musician), and I have ME/CFS (Myalgic Encephalomyelitis) as well as 6 other autoimmune disorders. I have been ill for 32 years. I love all things Jung and studying the paranormal. I also love music. I am an INFJ. I am a consultant for Pacific Paranormal Investigations.